Long Eaton Ladies’ Circle continues their recent theme of “sporty” events with an evening learning how to shoot rifles.  After a drive in the countryside that resembled something out of Wacky Races as we all did U turns and passed each other on several occasions, we all finally arrived safely at the Derby Rifle Club. 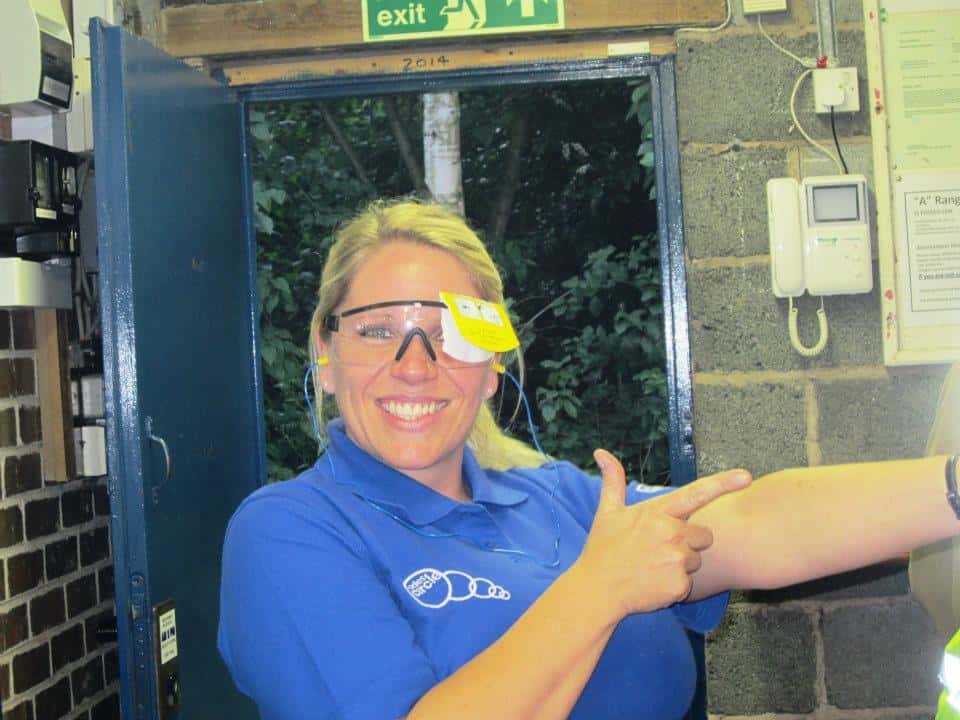 A safety briefing was followed by the chance to choose our “teacher” for the evening.  Yes ladies, it was one to one tuition from the club members.  I don’t blame them really, we were using their guns, someone had to keep an eye on us! 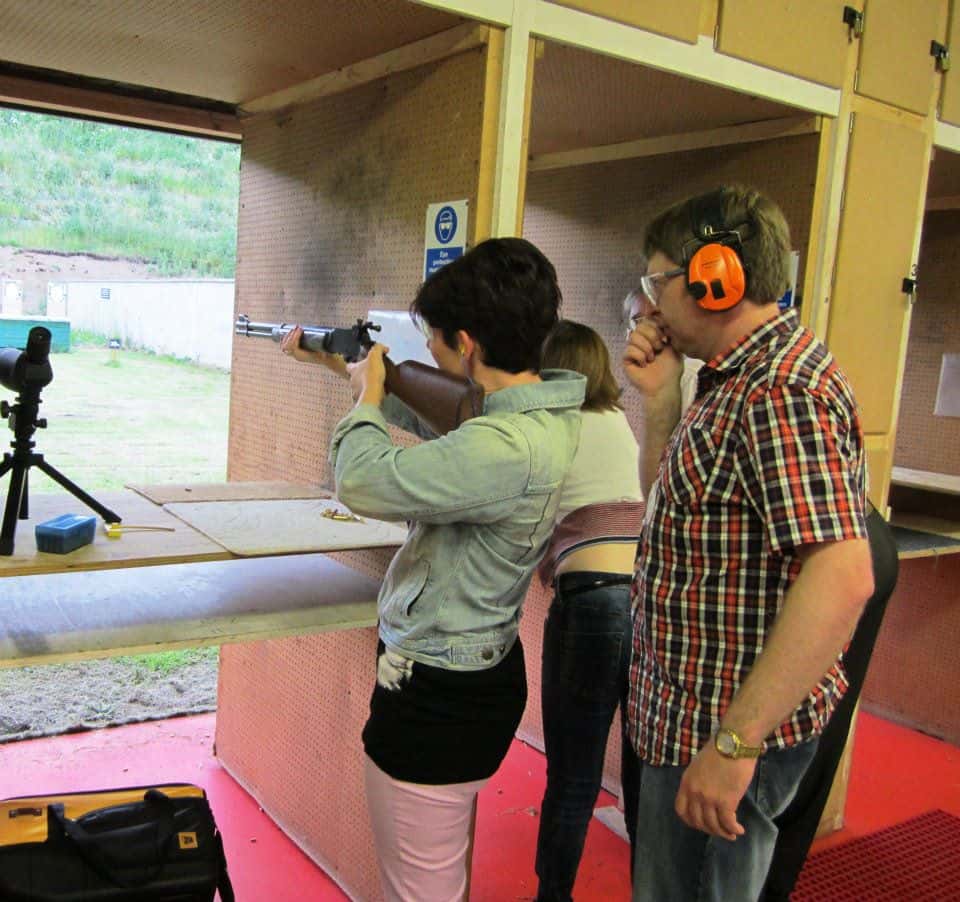 We each had 50 rounds to fire at the little target at the bottom of the range – 40 to practise with and then the final 10 were for the competition.  The mere mention of the word “competition” was enough to get the girls focused on the task in hand.

Given that we are well known as a competitive bunch, it was probably no surprise that we all shot pretty accurately.  Different styles of stance were used – the “tough cookies” stood and held their rifles;  most held the rifle steady by propping their elbows on the range; a few resorted to using a rifle stand! 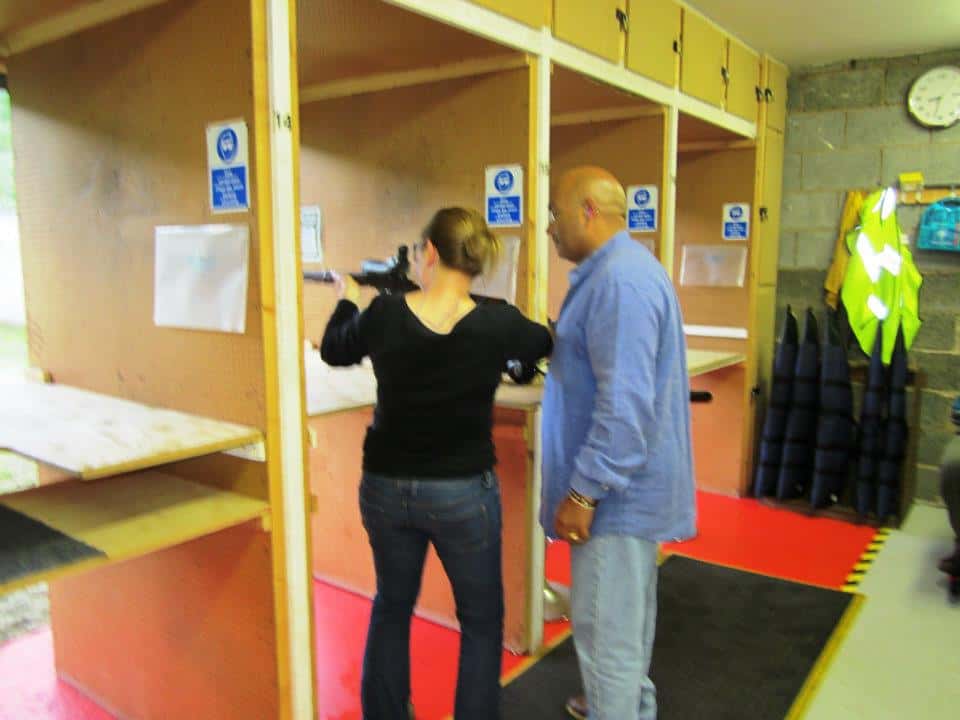 By the time we were ready to shoot in the competition our competitiveness had reached fever pitch and it was declared that rifle stands were “banned” and everyone was to shoot in the same manner – not that we were taking it seriously you understand!

Ten rounds later, and once we had been given the all clear to go and collect our targets, it was all over and all we could do was wait for the scores to be added up.  To take our minds off who was the crack shot of the group we were lucky enough to be able to experience how it felt to shoot muskets and duelling rifles.  The noise was enough to make us all jump – even with our ear defenders in!  I have to admit it was exhilarating to fire these weapons – they were so very different from the .22 rifles we had been using earlier.  I’m not sure where my shot ended up but it wasn’t anywhere near any of the targets!  The smoke and kick back made it even more of an experience.  We all got to be “cowboys” too, shooting the same rifles used in Westerns! 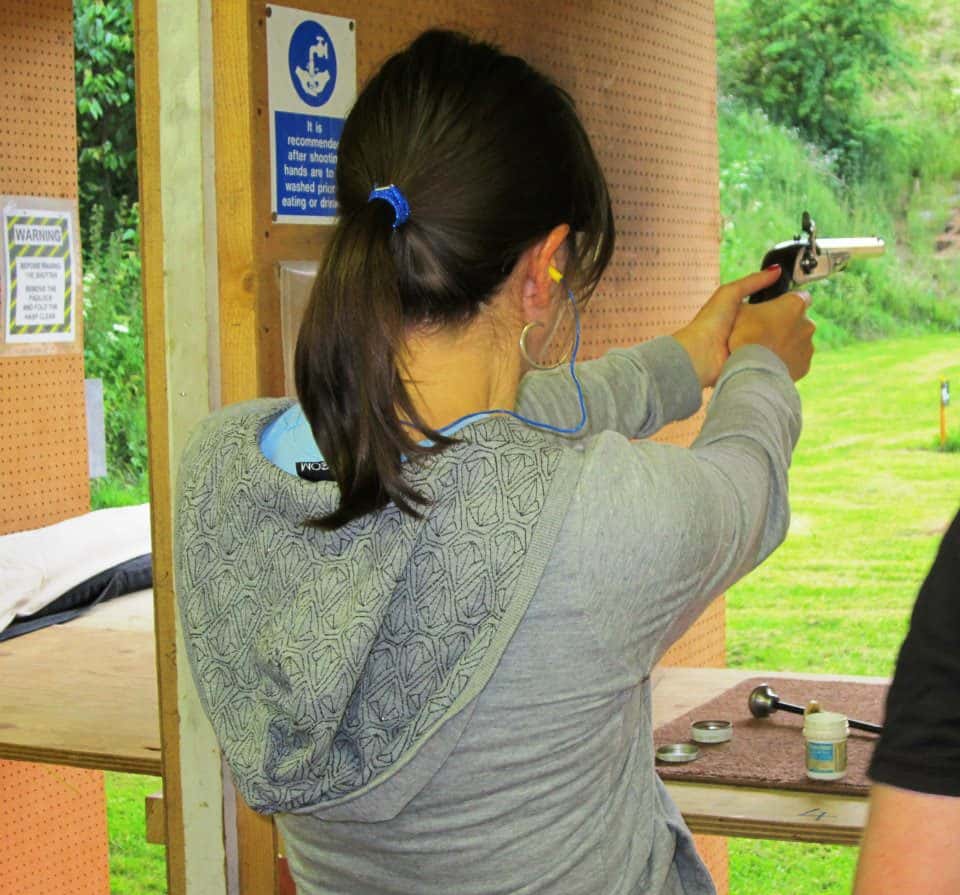 Scores in and the waiting was over.  Dawn and I were distraught to be the bottom two – who would have thought that 92/100 would be one of the bottom scores!  The winner was Angela with a fantastic near perfect score.  Not bad for a bunch of novices!

I think we have the menfolk slightly concerned now – not only have we had self defence lessons with some boxing thrown in, we’re now all crack shots….

…be afraid boys, be very afraid  - don’t mess with the Long Eaton girls!

If you think this looks like fun then get in touch and come along to our next exciting adventure!