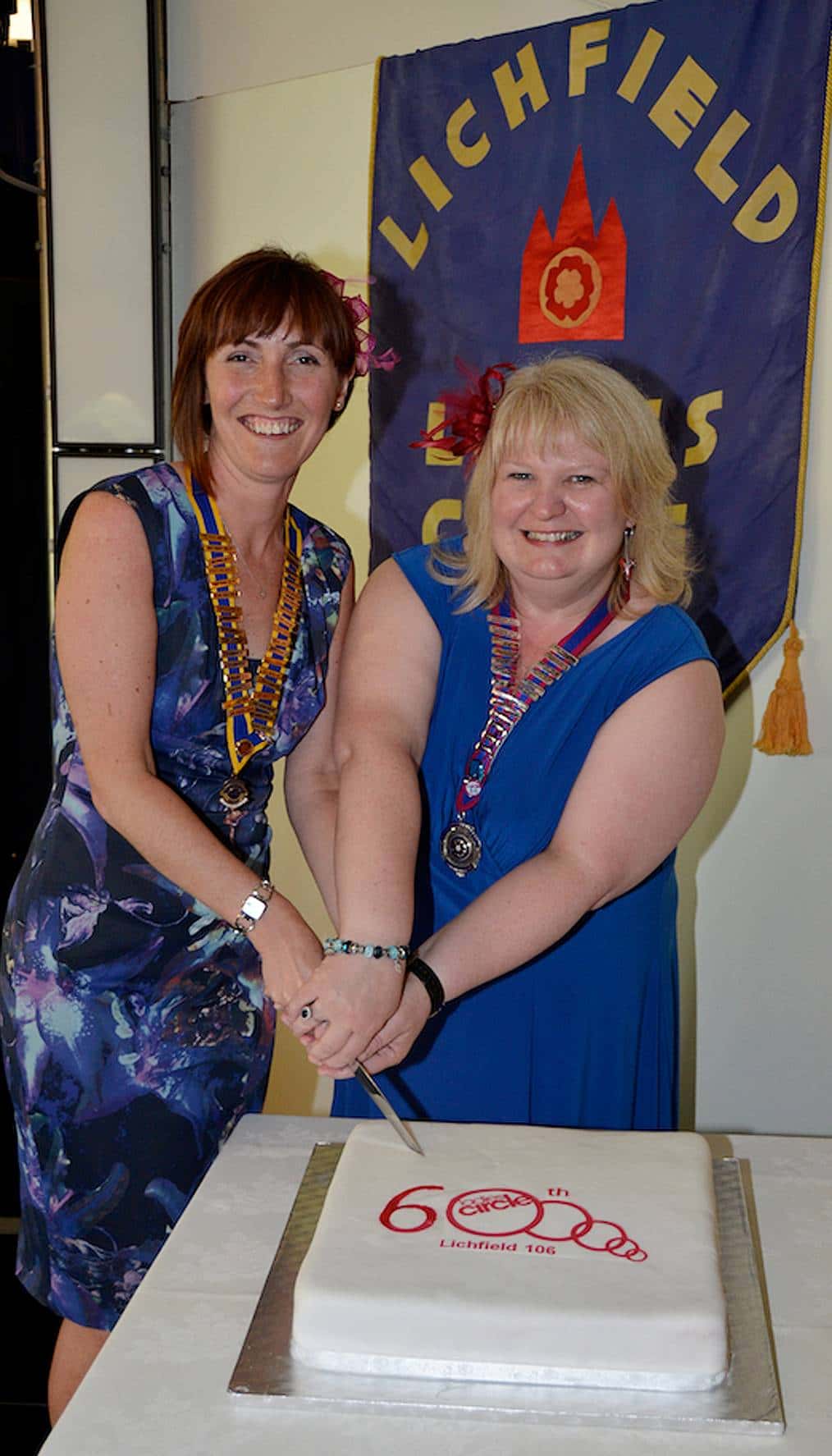 On 16 June, Lichfield 106 members both past and present came together with friends to celebrate our 60thCharter at the Old School House in Weeford.  The dream had been for glorious sunshine and Pimms on the terrace but in the end that was not to be.  However, even the torrential rain couldn’t dampen the celebrations and instead the Pimms was enjoyed under cover by nearly 100 people!

With former members from as far back as the 1950s in attendance, as well as current Tangent members, friends from other Circle areas, and of course current President Marj Aird; guests were treated to a delicious three course meal alongside musical entertainment from a jazz trio and Lichfield and Sutton Coldfield Rock Choirs.

Lichfield Chair Susan Davies said "it is wonderful to see everyone enjoyig the anniversary celebrations and great to hear from past members that it is a group which has been enjoyed by hundreds of women over the last 60 years".

Letters of congratulation were read out from friends both in attendance and those unable to make it on the day.  One particular, very special message came from Buckingham Palace, with the Queen sending her best wishes for the event falling within the same year as her own 60-year celebrations.

The climax of the event saw a Diamond Raffle, the first prize for which was a limited edition pendant kindly donated by Allen Brown Jewellers in Lichfield.  The piece was valued at £350 and was one of 60 limited edition pieces made to commemorate the Queen’s Diamond Jubilee.

Lichfield 106 is currently stronger than ever, having come through difficult times only six years ago when the group nearly had to close due to dwindling members.   With current members numbering 26 and potential new members waiting in the wings, let’s see what the next 60 years have in store!

If anyone is interested in joining Lichfield Ladies Circle in order to fundraise and put something back into our community please visit www.lichfieldladiescircle.co.uk.