Circle Brains are Put to the Test in Lichfield 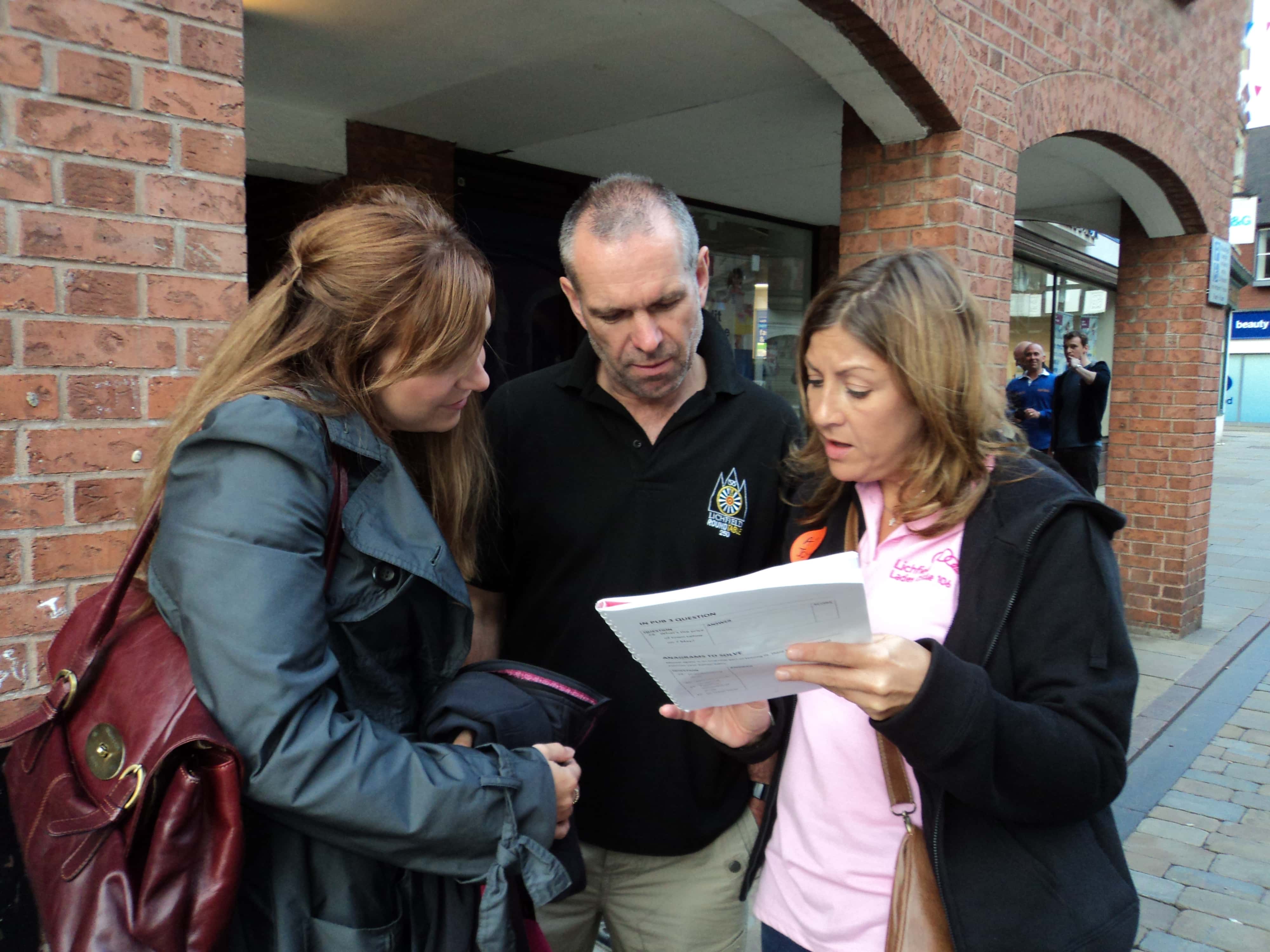 On 7th August, Lichfield Circle members joined forces with Lichfield Round Table for an Olympics-themed treasure hunt and pub crawl around the centre of Lichfield.  Those taking part had their brains fully taxed by the questions relating to sites in the City and their nerves were tested by bonus tasks including, for those who were brave enough to try it, the dreaded hot chilli sauce cheese biscuit challenge!

When both feet and brains had been exhausted, all those taking part gathered at the Kings Head pub for a well deserved sit down and meal, after which the medals were handed out to the winners.

One Circler said "whilst ultimately the fundraising side of Circle is a vital part of what we are all about, social events such as this enable us to also have a little extra fun along the way!".