Wow, what a year so far as Chair of Lichfield Ladies Circle 106! 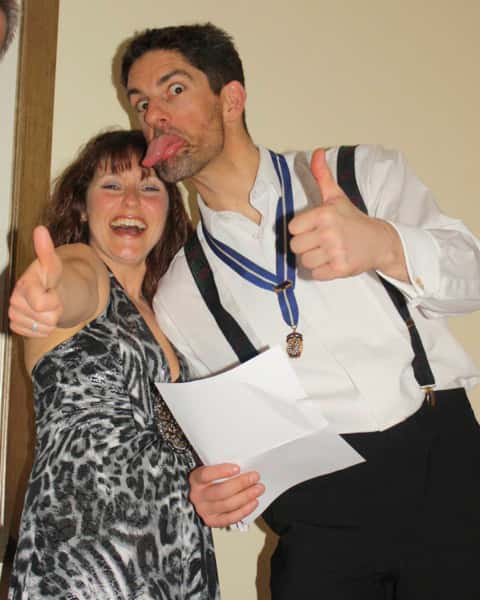 Three years ago LLC 106 had almost folded as there were only 3 members. The remaining three decided to have one last push for membership talking to friends etc and things started to improve. I decided to join along with several other friends all who had met through having children of similar ages. I had limited experience in Circle but decided to take the chair in 2011 with a lot of support from the girls and together we have grown our club, enrolling 5 more members so far this year alone.

At the same time as I took the chair, my husband Julian did the same with Lichfield Round Table 250. He had been a member of Table for about 7 years and initially we did have concerns about any extra pressures that we may have encountered with us both being chair. These concerns turned out to be completely unfounded. Liaison between the two organisations has been constant and clear and we have successfully organised and taken part in several events.

The Lichfield Half Marathon was re-introduced this year and we liaised with the organizers, KP Events to help with marshalling. Between Table and Circle we raised over £600 and KP Events got in touch thanking us for our help and the large amount of positive feedback their website had received from our enthusiastic and positive marshalling.

We also entered the Lichfield Greenhill Bower float procession. This is a yearly event run in Lichfield with many local people and organisations getting involved and raising money for various good causes. After the procession the event moves into Beacon Park in Lichfield with a central arena, entertainment and various stalls. It often rains for the Bower and the weather was certainly true to form. It absolutely threw it down! We were all absolutely soaked before the procession started but our spirits were boosted by winning second place in the competitive tableau class.

We had modified the Lichfield Round Table Christmas Tableau with 2 dolphins replacing the reindeer. The theme was Santa on Tour with Santa in Bermuda shorts, hula girls and two Tablers in reindeer suits. With our holiday music blasting out,  we had a whale of a time. We also ran a stall in the park with a successful tombola and Circle members put in a sterling effort to raise awareness for both organizations.

Believe me, after several events together I would often find myself rolling over in bed asking “how was it for you dear” and receiving the reply “great, but I think Santa needs a new beard.”

What else? Well we have held a joint treasure hunt around Lichfield, a progressive supper together where courses are split with different hosts, guests chosen randomly and then all meeting up together for desserts. One word of advice, never do desserts! We have vigorously supported each other’s black tie balls, had a family rounders/barbeque evening and also attended National Conference together in large numbers.

A couple of weeks ago, a few mad Tablers decided to sign up for the Brooks Hellrunner, Hell in the Middle in Cannock Chase which is being held in February. This is a 12 mile off road course with water features and the infamous “bog of doom”. Quite tough by all accounts. Well, a couple of us Circlers thought if they can, so can we, so we signed up too. In doing so, Julian also felt that he couldn’t be left out and he is now joining us for it. Our joint Chairman’s Drinks is due to be held that evening and I think the drinks will be very well earned.

All in all I have really enjoyed myself for my year in the chair and I can heartily recommend working very closely with your counterpart in Round Table. You might even end up marrying him. Now where is my hat?....................