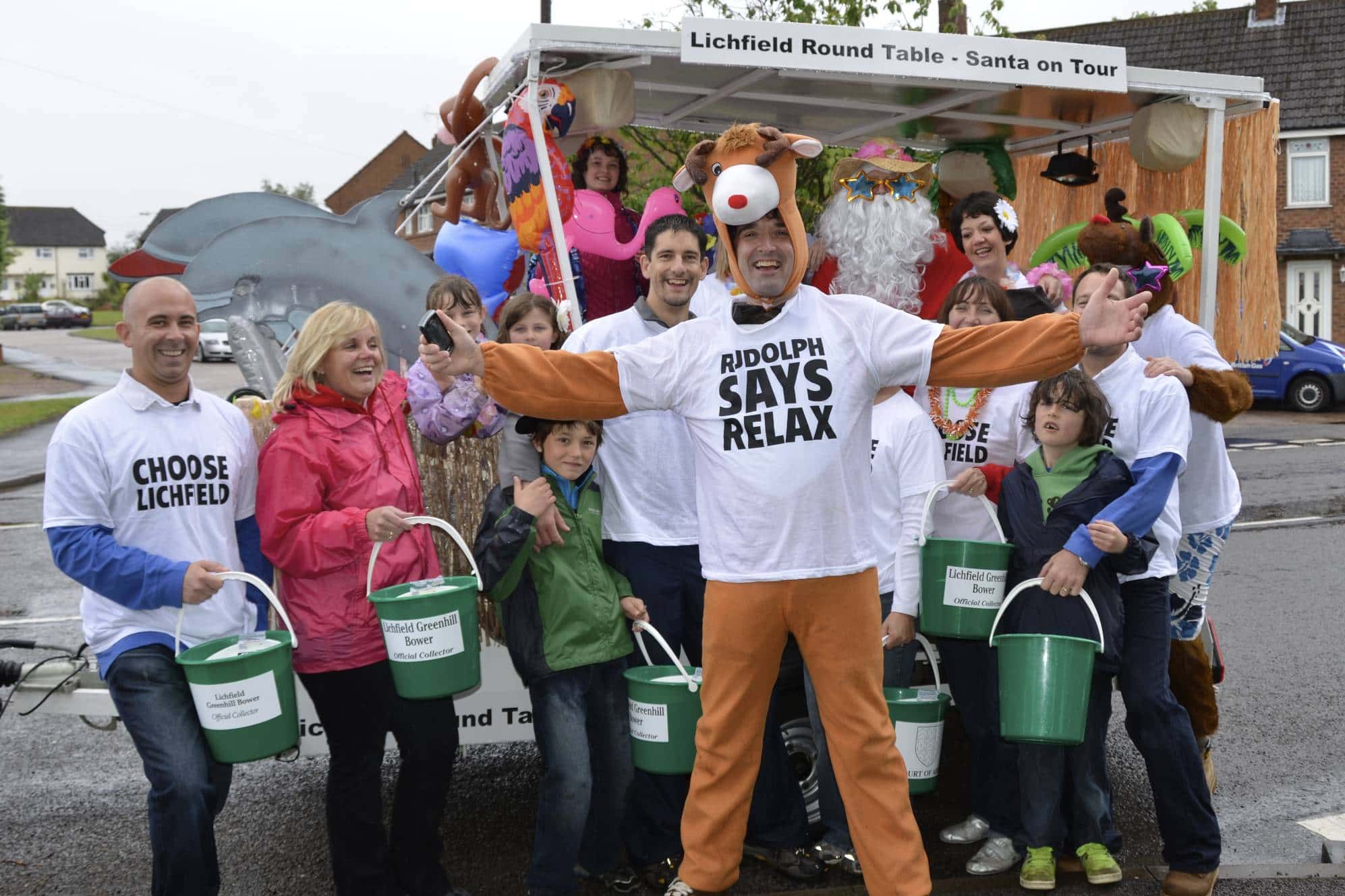 Not even the wet weather could dampen the holiday spirit of Santa and his helpers from Lichfield Round Table & Ladies Circle at the Bower on bank holiday Monday.

As Santa rode into town on his new look sleigh, in his holiday shorts, he was full of the joys of summer.  He didn’t let the wet weather get in the way of raising money for very needy causes in and around Lichfield.  With holiday tunes blaring out from the sleigh throughout the procession Santa and his helpers entertained the rain drenched crowds.

The icing on the cake for the two local charity groups was to scoop the 2nd prize for the the most ‘Competitive Tableau’. Lichfield Ladies Circle Chair, Gaynor Webb said “I'm so proud of everyone, I could burst!”

It was the first time in many years that the two groups had joined forces to put on a float for the procession.  Round Table chairman Julian Webb said “We have had such a great day, the rain was never going to hold us back!”

Charity work didn’t end there as while half of the group were on the Tableau the rest were busy setting up their display in Beacon park.  This included a Round Table scally rally car and a mini digger challenge. Lichfield Ladies Circle laid on a hamper raffle and prize tombola.  Ruth Curry gave a big thankyou to everyone who bought tickets as the groups raised in excess of £300.