A Night At The Cinema... 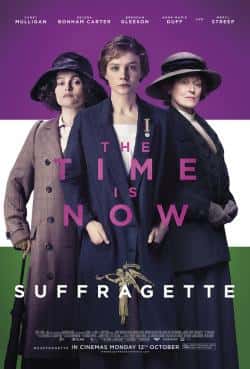 Dereham and District Ladies Circle all met up for their regular social meeting on Thursday 15th October for an evening at the cinema.

Suffragette was their film of choice. Here’s what it’s about:

Having watched their peaceful protests fall onto deaf ears, the founding members of the British women’s suffrage movement decided to take the law into their own hands at the turn of the 20th century.

Consisting largely of working-class women, the group became radicalized, even using violence to fight their cause. Suffragette focuses its attention on Maud, a strong and spirited character who, just like her comrades, was willing to risk her life, loved ones and possessions in order to correct the state’s many wrongs.

After the film had finished the Ladies made their way to a local pub to catch-up with each other and to enjoy a drink together - a lovely end to another sociable evening.

Are you interested joining us? Would you like to find out more? For further information about Dereham and District Ladies Circle, please contact Angela at ladiescircle58@gmail.com